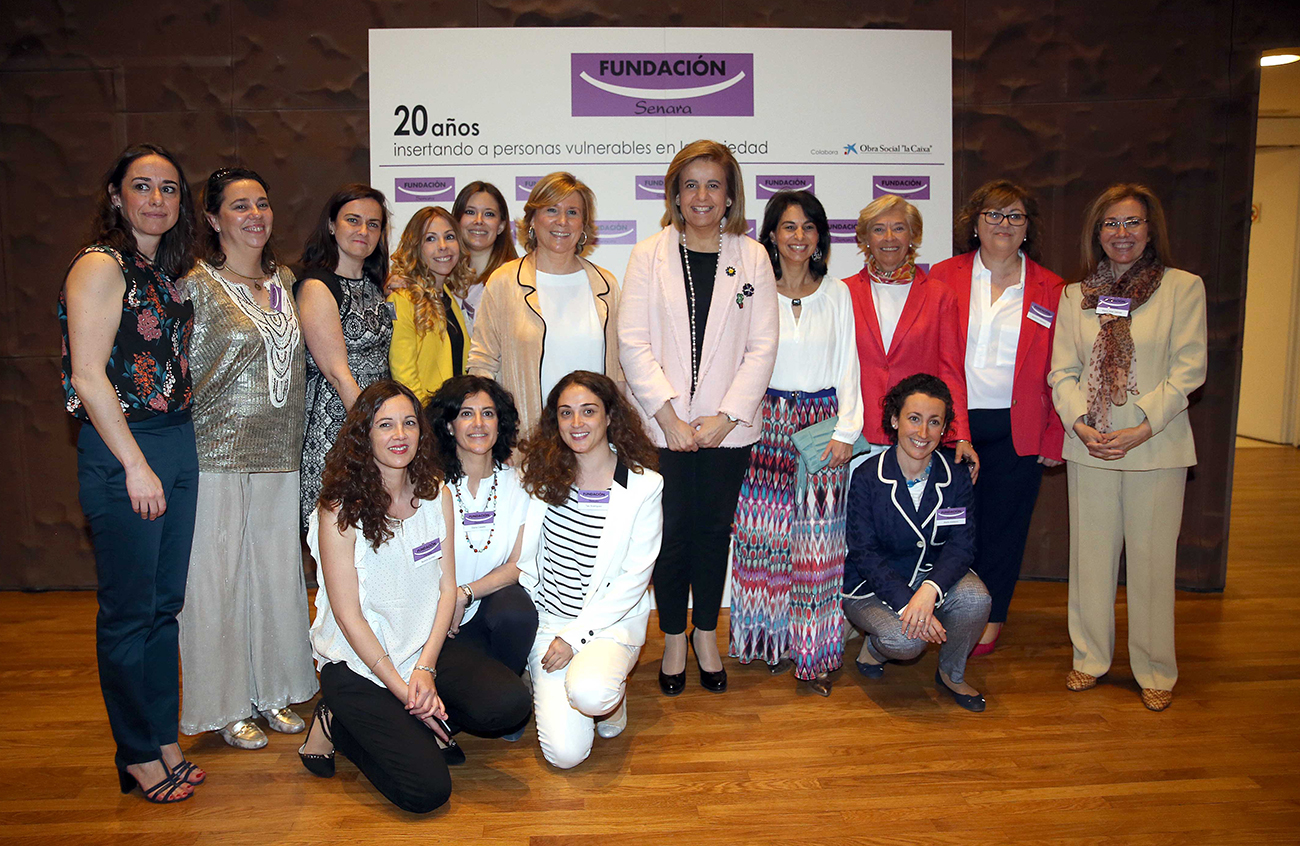 Twentieth anniversary of the Senara Foundation

Twenty years integrating people in vulnerable situations deserve a commemoration.
For this reason, the Senara Foundation organized an event at the CaixaFórum Auditorium in Madrid that was attended by the Minister of Employment and Social Security. Fátima Báñez congratulated the entity for its work and stated that the work of social organizations is “essential on the path of opportunities and employment.”
Likewise, the minister emphasized the need to continue working since “Spain needs you and needs you a lot” .

Oksana Umaylo and Hugo René starred in the most emotional moments of the event. Both beneficiaries have a long relationship with the foundation. The two arrived several years ago in search of an opportunity they have found and with which they have managed to improve their professional and personal situation.

Later, the journalist Carmen Remírez de Ganuza was in charge of moderating a round table on social and labor insertion as a solution to the integration of people in vulnerable situations.
Gregorio González, Deputy Director General of Institutional Relations and Legal Assistance of the SEPE; Jaume Farré, Director of the Department of Socio-Labor Integration of the ‘La Caixa’ Banking Foundation; Pablo Gómez Tavira, General Director of Social Services and Social Integration of the Department of Social Policies and Family of the Community of Madrid; Rafael García Mezquita, Manager of Labor Relations and Diversity of Acciona and Guillermo Tena, Director of Legal Strategy of Human Resources of the Cuatrecasas Institute were in charge of discussing this matter. 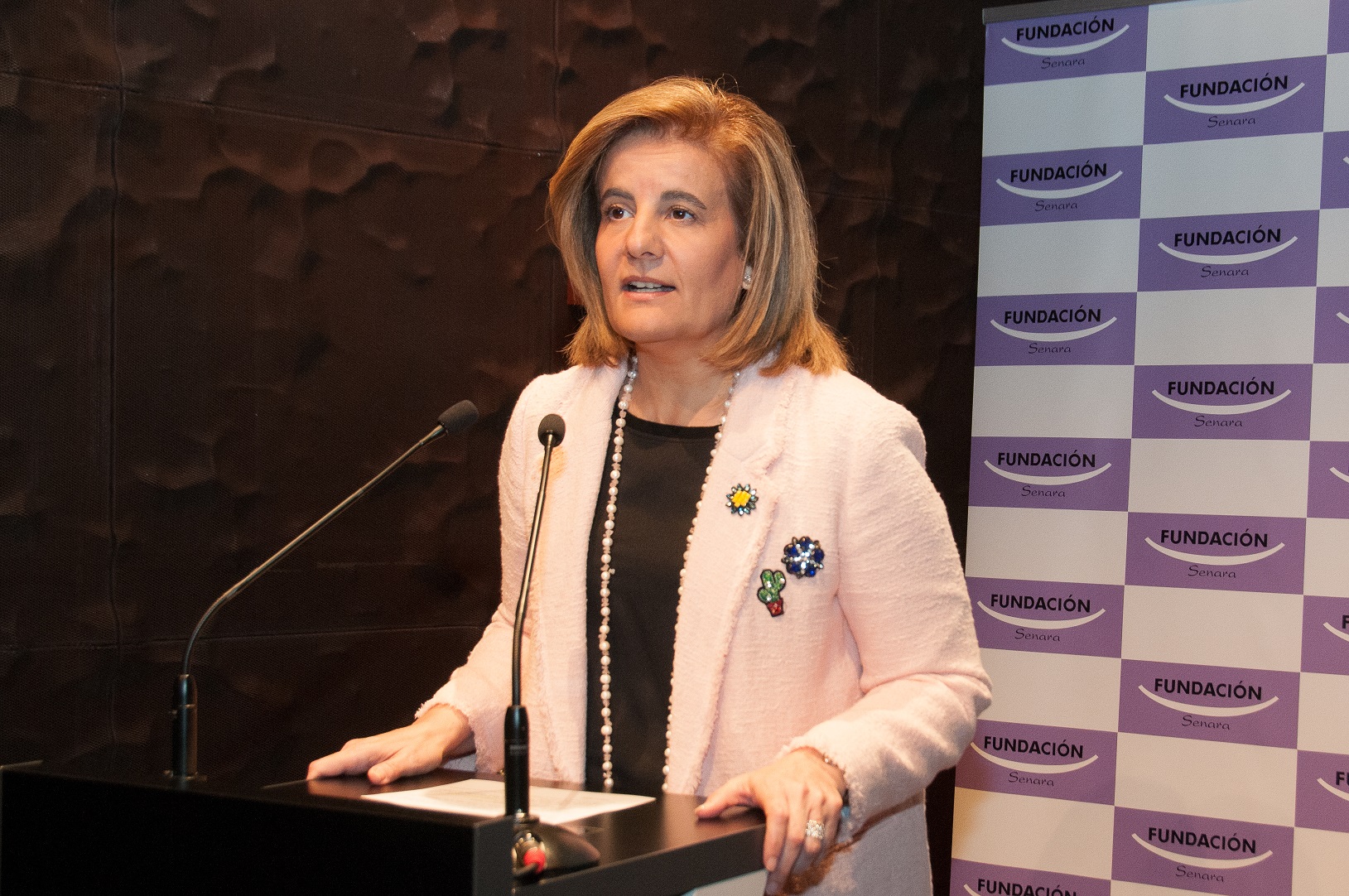 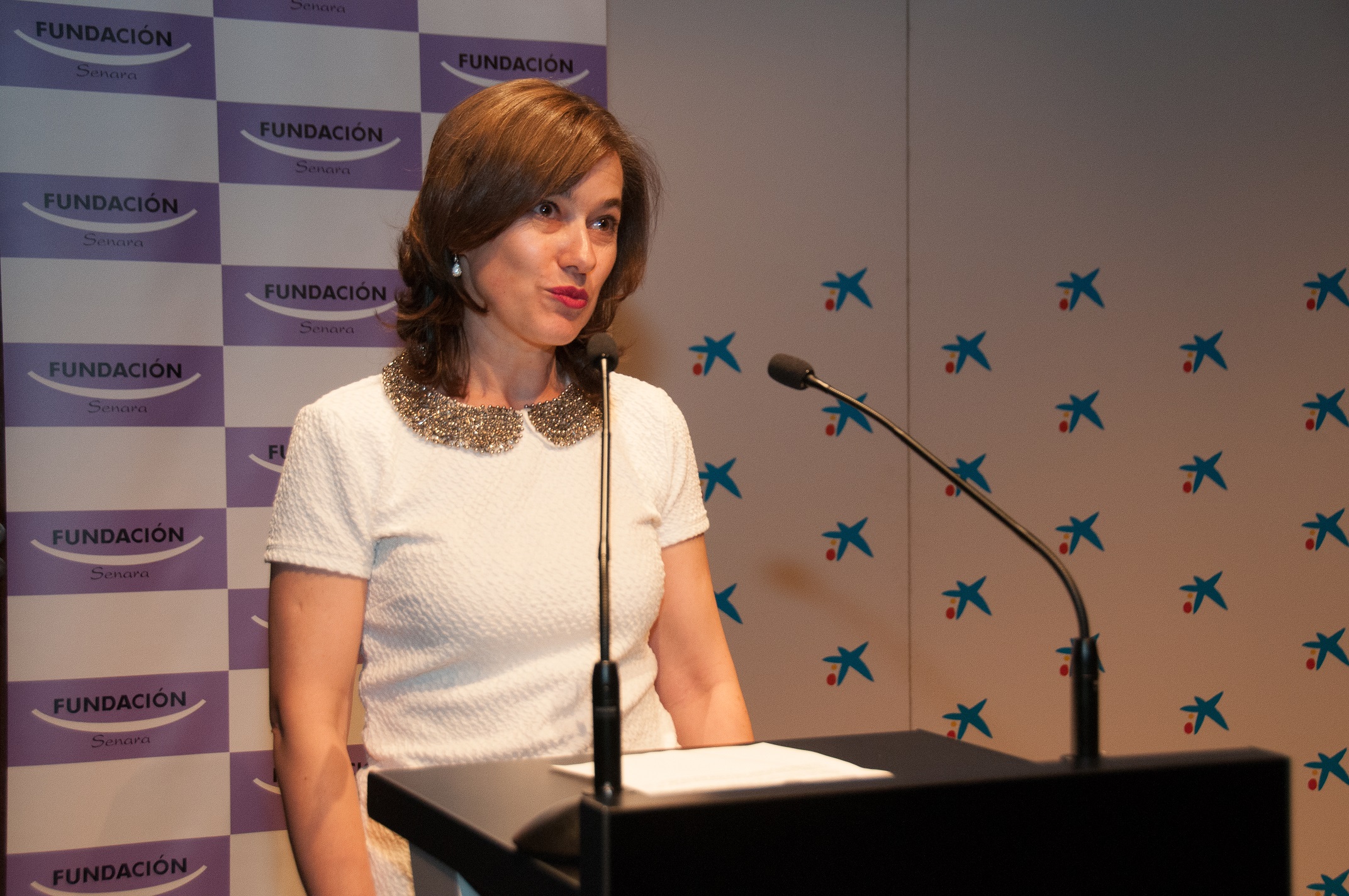 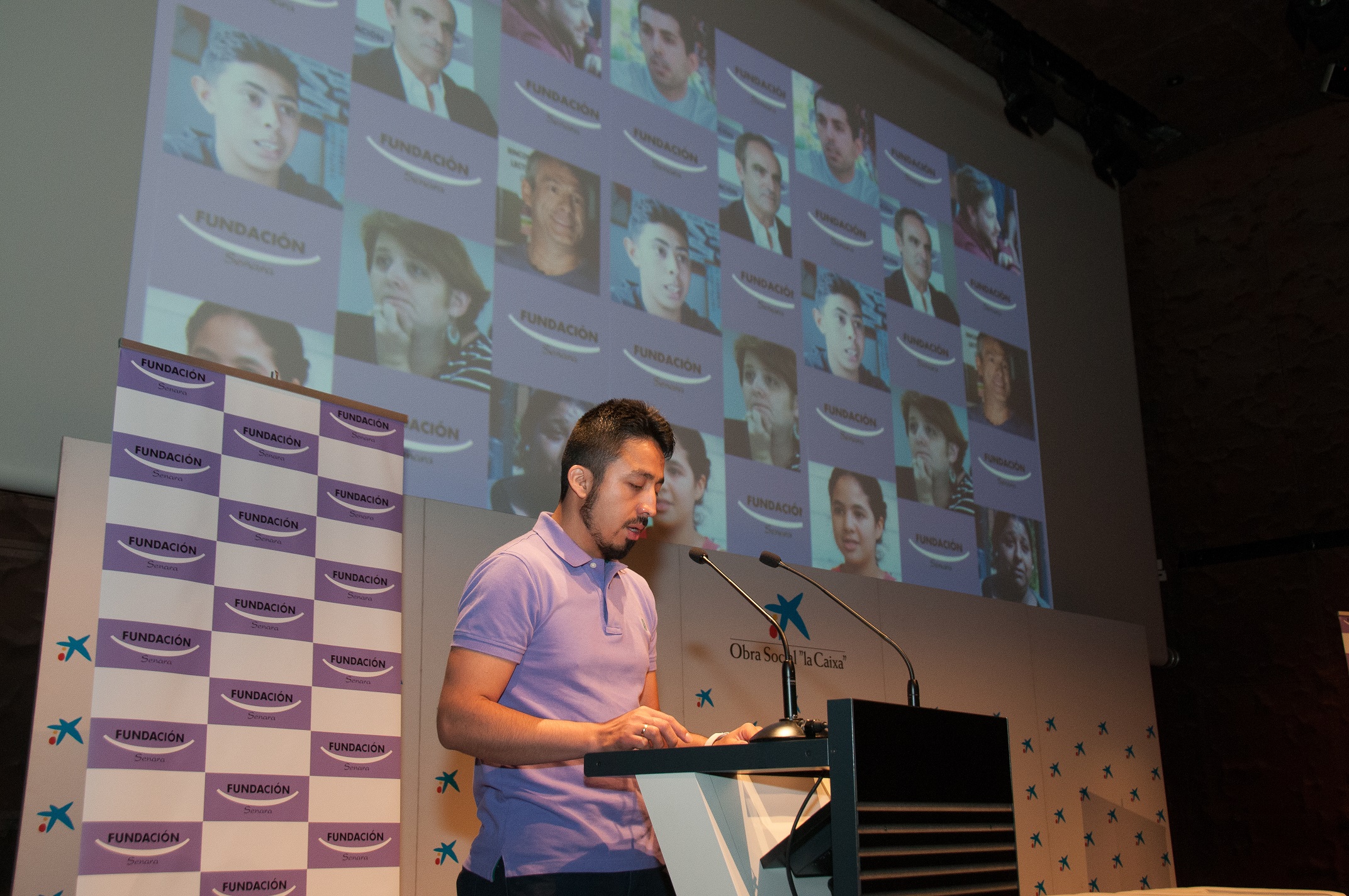 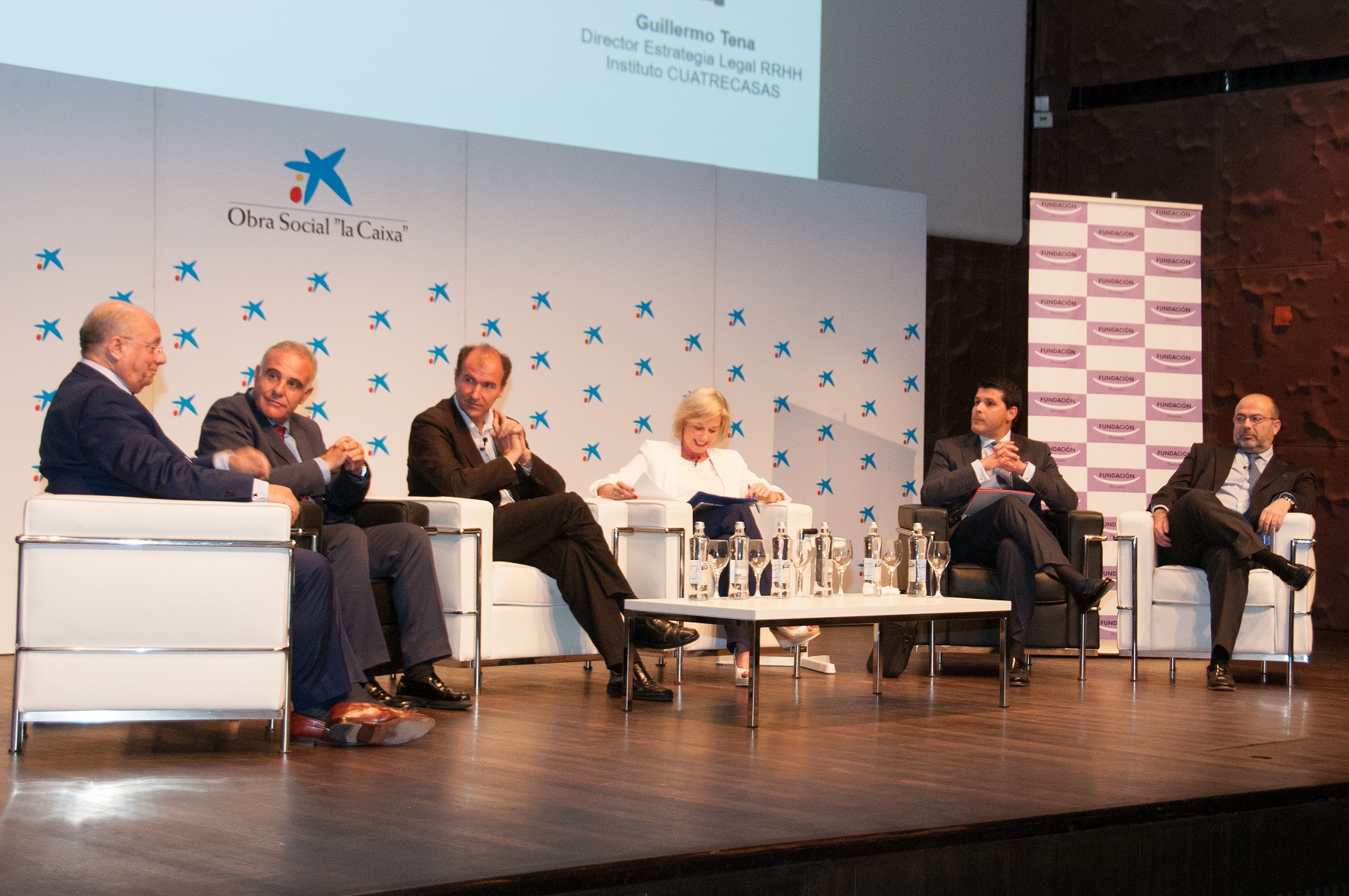 Some of the ideas highlighted were the following:

On the other hand, Gómez Tavira affirmed that the objective is to have more integrated social services, public-private alliances and seek the economic and social integration of immigrants.

Jaume Farré stressed that he considers the continuity of both projects and professionals aimed at improving the employability of people in vulnerable situations to be essential.

For his part, Rafael García Mezquita, addressed the case of Acciona and highlighted that between 100 and 150 of the hires in the last year are people at risk of exclusion.

Guillermo Tena opted for a job proposal in which the temporary contract is not demonized or part-time work is restricted and he highlighted training as an essential pillar to face the future of work.

With your contribution you support our work and projects to help others.

Collaborate as a volunteer in care areas for children and women.

You can find out more about which cookies we are using or switch them off in settings.

This website uses cookies so that we can provide you with the best user experience possible. Cookie information is stored in your browser and performs functions such as recognising you when you return to our website and helping our team to understand which sections of the website you find most interesting and useful.

Strictly Necessary Cookie should be enabled at all times so that we can save your preferences for cookie settings.

If you disable this cookie, we will not be able to save your preferences. This means that every time you visit this website you will need to enable or disable cookies again.